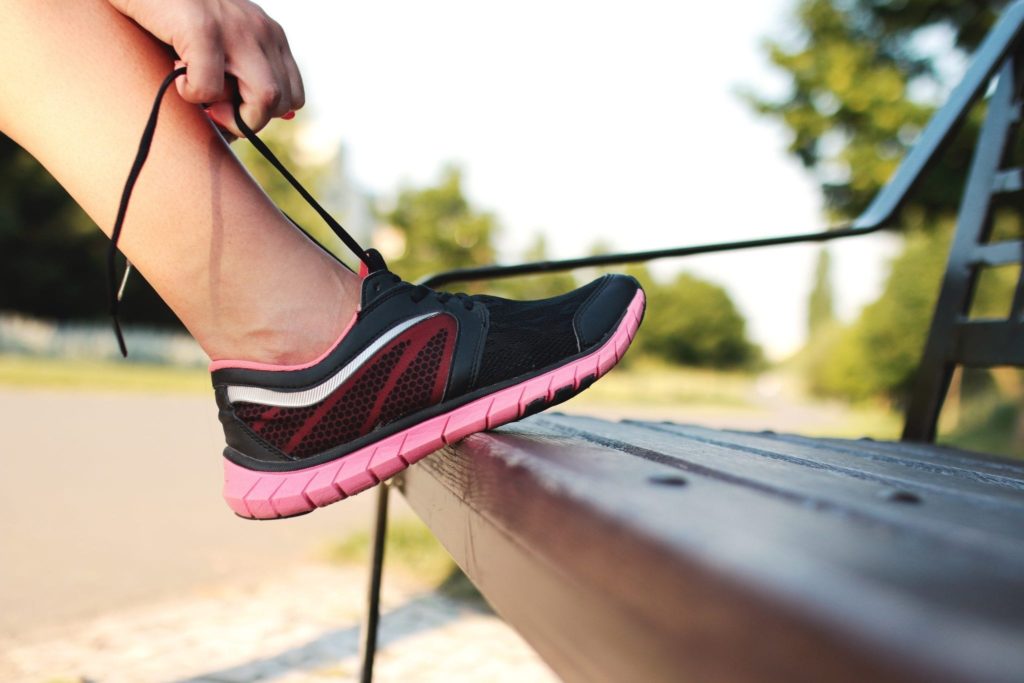 Chrissy Batchford isn’t alone in finding the rhythm and repetition of words a powerful ally when it comes to focusing body and mind on a task.

In “Choice Words”, an article on motivational tips for runners, Gigi Douban tells the story of Gabriel Jennings, a member of the ‘Team Running USA’ 1500 meters team, who used to repeat the Declaration of Independence in his head when he ran. While you could hardly call their words spiritual, Chrissy and Gabriel are nonetheless employing a sacred and ancient technique for enhancing performance which doesn’t resort to the use of banned substances – that of repeating a mantra.

Meaning: In the Indian religions, a mantra is a sound, syllable, word, or group of words that are considered capable of creating transformation.

The word has been hijacked from its religious roots now, of course, but the power of the mantra, even in secular use, is still significant.

“The purpose of having a mantra is to evoke a certain feeling or sensation that will pull you along,” says Gloria Balague, Ph.D., a sports psychologist and clinical assistant professor in psychology at the University of Illinois.

Mantras are a powerful way of keeping us in the present, of focusing the mind, which is forever distracted by inner thoughts and outside pressures. But they’re more than just any old selftalk.

“The words have to be right to draw the right response from inside of you” says Balague. “The wrong words will have no emotional echo, no emotional resonance. Self-awareness is an important psychological skill. You have to know what works best for you.”

There’s something of the slogan in a mantra, but a mantra has that little bit more oomph. Nike’s “Just Do It” or L’Oreals “Because you’re Worth It” have resonance and power, but they lack the drive and hypnotic quality of a true mantra. It wasn’t always that way, mind you. ‘Slogans’ originally referred to the war cries of the Scottish clans, and it’s a fair bet that in the heat of battle they would have sent a tingle down the spine just a tad more than “Get they Abbey Habit”, or Alka Selza’s “Plop plop, fizz, oh, what a relief it is!”.

At The Colour Works we have several mantras-cum-slogans for each of the four Discovery colours. Here’s a selection:

Sunshine Yellow “Do one thing. Do the right thing. Do it brilliantly”

Earth Green “Willing is not enough; you must do.”

While they may not be drag-you-across-the-line motivating, they’re a great way to remind yourself of the strengths and weaknesses of each colour type, and if you post them on your workstation and repeat them through the day, they do have a certain transformational quality.

The thing is to find what works best for you, and in what circumstances. When he was slogging his guts out on the icy wastes of Antarctica, Sir Ranulph Fiennes was motivated by the simple, tried and tested “Left foot…Right foot” mantra of the armed forces. What’s yours going to be?

Why not view our solutions on people and change today?

Work – it’s about way more than just a pay cheque In our last blog, we explained why work is …

Using self-awareness through recruitment and the onboarding process

According to the Society for Human Resource Management (SHRM), a bad hire can cost a company 50-60% of that individual’s …